Since 1996: inventory of the underwater heritage in collaboration with the Cuban Heritage.

During one of our prospecting campaigns in September 2002, the remains of a frigate named Adelaide, a "trading" vessel, were discovered. Given the rarity of this type of wreck, an archaeological excavation was carried out in 2003 in collaboration with the Heritage Department of the Cuban Ministry of Culture.

The archives allowed the following route to be established:

The Adelaide had left the port of Lorient (France) in 1714 for Guinea, where she took on board 360 slaves. She then sailed to the port of Léogâne in Jamaica where the slaves were sold. She left empty for Havana (Cuba) where she was to load goods belonging to Assiente’s companion. On the way she was caught by a hurricane on 10 October 1714 and washed ashore. Her captain, M. de Champarot, managed to avoid the cliffs of Cape Corrientes and to sail on a small sandy plain west of the cape. Although he managed to anchor near the coast with some survivors, the stern sank with 106 people on board. Some of the survivors made it to Havana and back to France.

The remains of the stern were scattered by the strong currents and only the heavy objects remained on the wreck site. Two anchors, parts of the ship’s rigging, broken ceramics, navigation instruments and objects of daily life were recovered during the excavations. 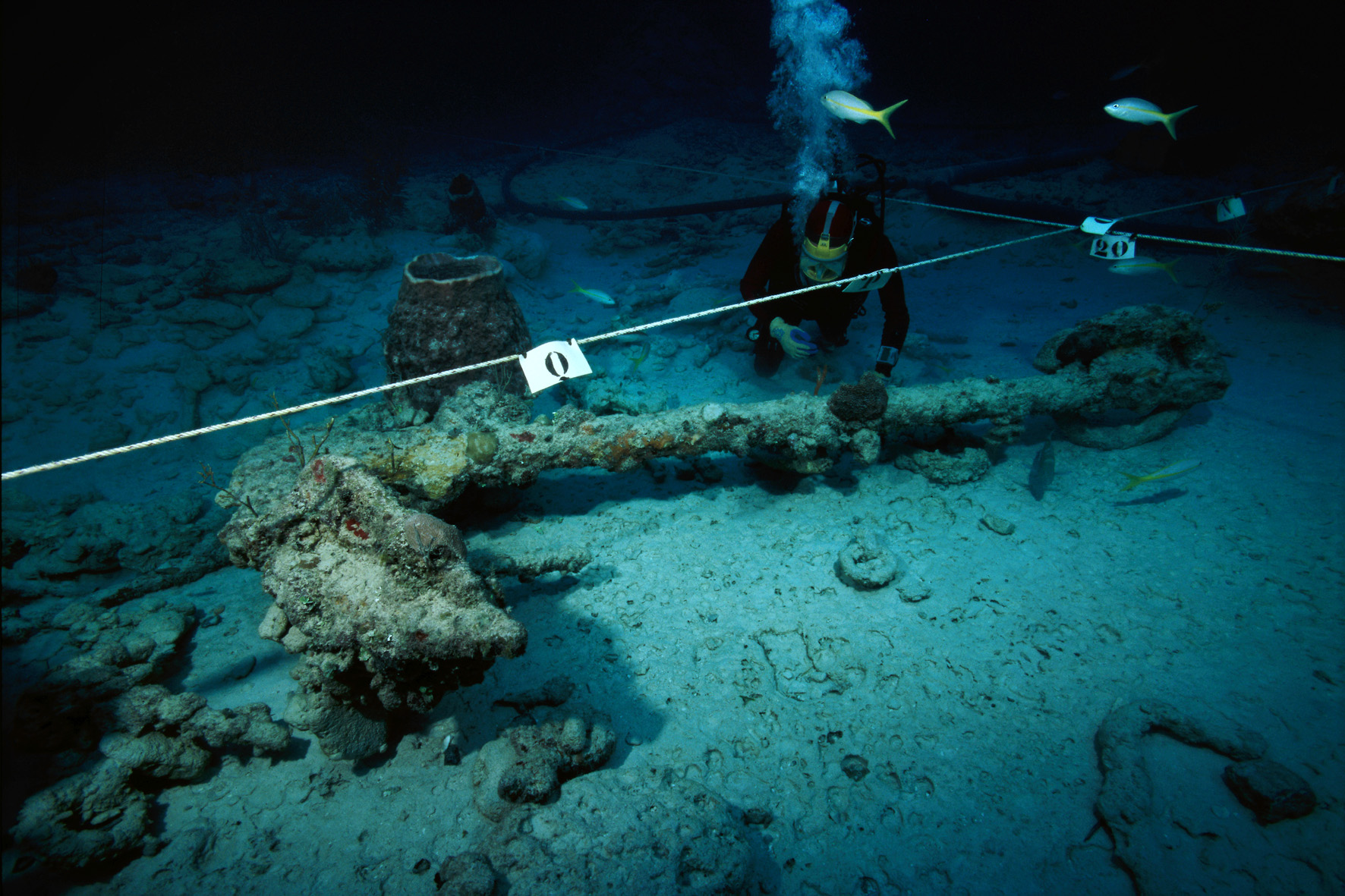