Anne-Sophie von Bomhard
The Naos of the Decades - Underwater Archaeology in the Canopic Region in Egypt
Oxford Center for Maritime Archaeology at the School of Archaeology, University of Oxford, 2008 | ISBN 978-1-905905-04-1 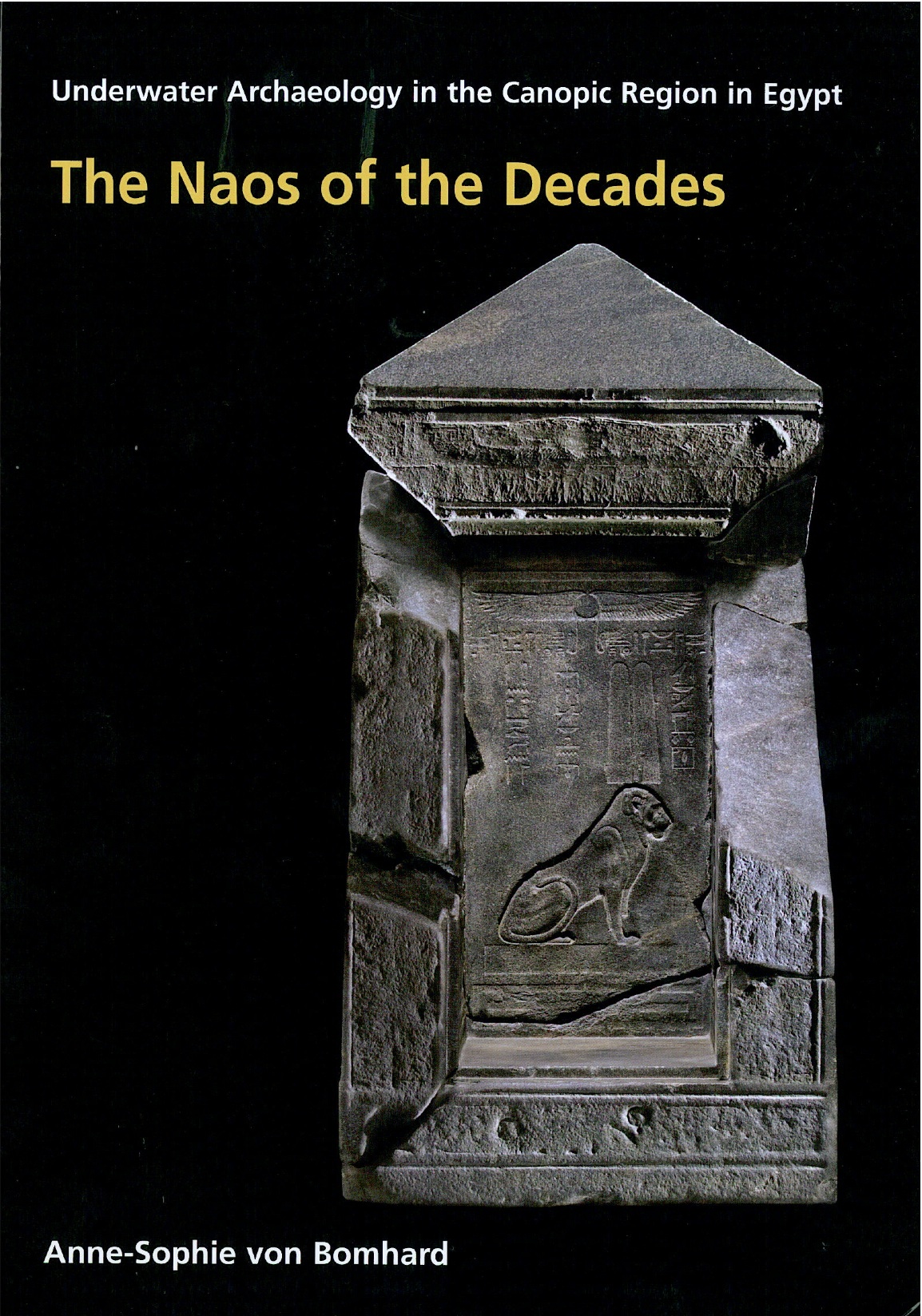 This monograph presents the almost completely reconstituted Naos of the Decades with an excellent set of photographic images. The four additional fragments, recovered in East Canopus during the excavations of the European Institute of Underwater Archaeology, are examined with the two original fragments from the Louvre and Greco Roman Museum (Egypt). The largest of the new fragments consists of a cosmogony of over 20 columns with no known parallel, disproving the order of the decades as it was initially assumed and suggesting a far older tradition of Egyptian astrology.
301pp., 76 b/w + 120 colour illus.