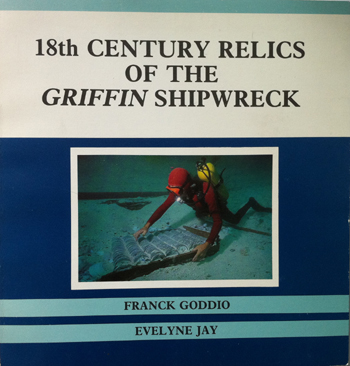 Final results and conclusions of fifteen years of patient efforts of research, restoration and preservation of the thousands of items found on the wreck of the Honourable East India Company ship Griffin, which sank with a cargo of porcelain, silks and tea in the Sulu Sea in 1761.

In addition, the Griffin was part of a convoy sailing along a so far little - known and inventive alternate sea route - and accompanied a secret mission of the first importance for the policy of expansion which the East India Company aggressively if discreetly pursued at the time. The minute restoration, documentation and comparison of the vestiges of this ship-wreck cast new light on European trading patterns, but above all on our knowledge of the great Chinese art of porcelain manufacture and decoration and its master artists.

CONTENT
Part I - Historical Overview
1. The East India Company: Outpost of an Empire
2. The East Indiamen
3. An Englishman in the Sulu Sea
4. The Sinking of the Griffin

Part II - Field Work on the Griffin Site
1. The Survey
2. The Excavation

Part III - A Primer on Chinese Porcelain
1. The Porcelain Trade of the EIC
2. Porcelain Manufacture in China