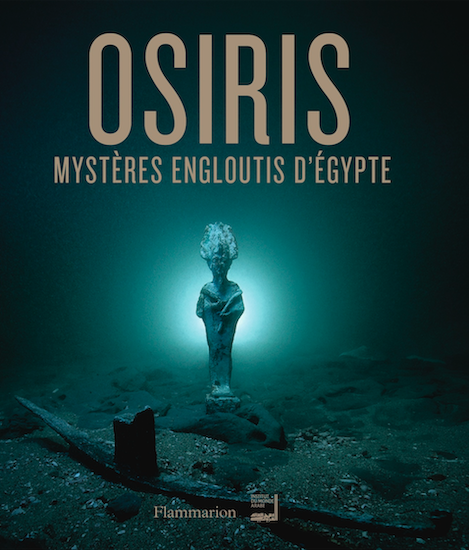 The Egyptian god and mythical king Osiris alone evokes the grandeur and fascination exerted by Ancient Egypt. The French passion for pharaonic civilization is expressed once more in the exhibition ”Osiris, Egypt’s Sunken Mysteries” which relates the myths of Osiris, Isis and Horus.

Franck Goddio’s extraordinary underwater discoveries at the submerged sites of Thonis-Heracleion and Canopus unveil the rituals associated with the rebirth of Osiris and, at the same time, of Egypt. These Mysteries of Osiris – with a capital “M" – plunge us into a world of fantastic beliefs where gods and men intermingle. Rebirth, light, fertility, these are the terms that carry this great ritual. The approach is sensitive; the esoteric dimension is near.

These treasures, which were submerged for millennia, are now unveiled at the Institut du monde arabe. The fabulous story of the Osiris Mysteries is presented through original pieces that enlighten the public about these forgotten rituals.

This exceptional exhibition is based entirely on artefacts from Egypt, some never seen before, some colossal – or even monumental – down to some of the most delicate gold fragments from the treasure of the temples

This project would not have been possible without the strong ties that exist between France and Egypt. This new exhibition on Ancient Egypt is the fruit of the enduring friendship between our two countries and the strong collaboration between such exceptional institutions as the museums of Egyptian and the Institut du monde arabe.